Offers a fresh and surprising view of a celebrated pioneer of modernism and one of the most important artists of the twentieth century.

The Art of Richard Hamilton

A brilliant new introduction to the art of one of the most influential and prescient artists of the 20th century, whose seminal work explored postwar consumer society and 'pop' culture.

A lavishly illustrated and beautifully produced collection of writings on one of today’s most important and best-loved abstract painters, covering the first three decades of the career.

The first monograph in two decades to explore the work of a ground-breaking but overlooked painter described by Nicholas Serota as the ‘brightest of a bright generation’.

A major publication on the radical and political work of one of Britain’s most celebrated living figurative artists.

The first overview of the work of the acclaimed photographer Edward Woodman, the photographer of choice for two generations of British artists.

I Want To Be Adored

A beautiful and striking monograph on an artist whose idiosyncratic works display a witty, dark and sensitive humour, as well as an obsessive exploration of the traditions and materials of sculpture.

The first book in a decade on a painter whose lush and seductive works in vivid brushstrokes and high-key colour dissolve and reassemble the world to re-present reality as something new and newly felt.

The Art of Rodin

A beautiful clothbound centenary facsimile of a rare early book on the father of modern sculpture.

The Art of Aubrey Beardsley

Preface and introduction by Arthur Symons

A beautiful clothbound centenary facsimile of the first definitive book on the work of one of the most controversial and influential artists of the Aesthetic and Art Nouveau movements.

An exquisitely designed and singular book presenting an acclaimed artist’s personal view about how paintings are conceived, made and interpreted.

A gorgeous book exploring the formative years of the young Henry Moore and his emergence as an iconic modern sculptor of international repute.

The extraordinary story of the life and work of the first female modern Turkish-Jordanian painter and a pioneer of twentieth-century abstraction.

A rare book in English on one of the pioneer conceptual artists and a striking record of his art works for Tottenham Court Road Station, his only permanent commission in the UK

The definitive monograph on one of Britain's most-respected and best-loved abstract painters of the postwar period.

This highly conceptual and beautiful art work in book form is the result of a unique collaboration between an artist photographer and psychoanalyst writer.

In this original and striking book, artist and designer Stuart Haygarth presents his series of seductively beautiful photographs of some of the thousands of discarded man-made objects that he found while walking along the entire English south coast.

Presents one of the most significant British painters today, whose works hover between abstraction and representation, expressing a poetic romanticism and an unnerving psychic charge.

In this stark portrayal of late capitalism in action, photographer Alex Schneideman captures the alienating effects of mass consumerism in a series of strikingly beautiful black-and-white images.

A visually stunning and hilarious book by Danish artist Søren Dahlgaard, who creates absurdist portraits of people with their heads encased in dough.

A special edition of this exquisite book on the acclaimed young Israeli painter Gideon Rubin, presented in a slipcase with a hand-painted gouache design, limited to 100 copies (20 each of 5 designs).

This exquisite book is the first monograph on the acclaimed young Israeli painter Gideon Rubin, celebrated for his haunting yet compelling portraits of faceless subjects that are drawn from found photographs, newspapers and magazines.

This compelling book presents a decade of work by the acclaimed Norwegian artist. Employing a diverse range of media, her complex and disorientating art explores the relationship between individuals and their surroundings.

John Deakin, Photography and the Lure of Soho

This acclaimed book presents the colourful and celebrated characters of postwar Soho as seen by a maverick photographer ‘whose pictures take you by the scruff of the neck and insist that you see’.

The Many Faces of Jonathan Yeo

Coinciding with an exhibition at London’s National Portrait Gallery, this is the first major publication on one of Britain’s best-known portrait painters. More than a monograph on a single artist, the book explores the state of portraiture today and the risks faced by both portraitist and sitter.

Published to coincide with the centenary of his birth, this book tells the enthralling story of this flamboyant and controversial artist from his humble beginnings to the highs and lows of later life. 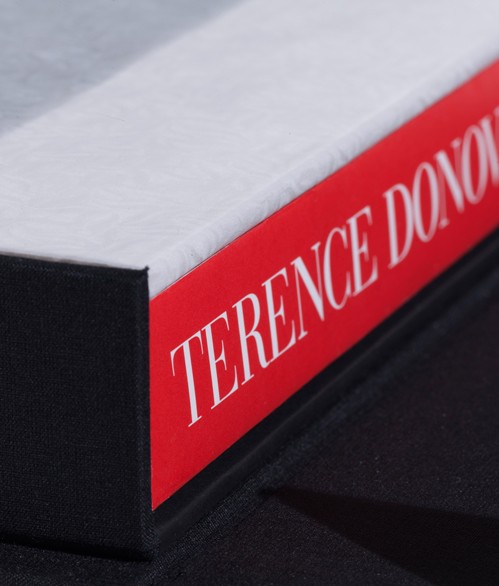 The limited edition of this acclaimed book comes with a beautiful silver gelatin print of a 1965 photograph by Donovan for French Elle.

British photographer Terence Donovan's iconic images helped to create the Swinging Sixties. Published to great acclaim, this book is a landmark in the history of fashion photography.

A major monograph on the visionary Norwegian artist Hariton Pushwagner, celebrated for his epic satires on modern society, as well as for his hedonistic and unconventional lifestyle.