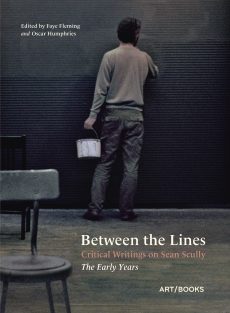 Sean Scully is recognized as one of the most important abstract artists of our age. For half a century, he has explored with unwavering determination and vision the possibilities of the stripe, band, and block as abstract forms. In doing so, he reconciled the aesthetic of pure Minimalism with a more human and expressive approach that reinvented abstraction as physical, sensual, and endowed with powerful emotion.

From his earliest days, Scully attracted the attention and interest of writers and thinkers who were drawn to his distinctive work. This beautiful book collates the writings of fifty critical luminaries from various disciplines who have written about his art and the singular course that he followed in the first three decades of his career. Reflecting the endless variety of his compositions, each contributor identifies novel and different aspects in the work as it developed in unexpected and intriguing ways. On publication, these texts became catalysts for the artist himself, woven into his evolution and influencing his development either as lines of enquiry to explore or as ideas to kick against. Lavishly illustrated with all of Scully’s key works from the late 1960s to 1999, and with dozens of installation views, behind-the-scenes studio shots, and portraits of the artist, many seen here for the first time, this collection provides a concise and accessible account of the early career of an artist as he set out to finally reconcile emotion and intellect in abstract painting.

Faye Fleming is a gallerist and curator, currently based in New York. With Timothy Taylor in London, she worked closely with artists such as Fiona Rae, James Rielly, Alex Katz, and Jonathan Lasker, and in particular Susan Hiller, whom she brought to the gallery. In 2006, she moved to Geneva, Switzerland, to open Galerie Arquebuse, later Faye Fleming + Partner. The gallery focused on the careers of emerging international artists, being the first to represent Lynette Yiadom-Boakye with several solo exhibitions, and bringing to attention Athanasios Argianas, Charles Avery, Tim Braden, Ruth Claxton, Tami Ichino, Dietmar Lutz, André Niebur, DJ Simpson, among others. Since relocating to New York in 2011, Fleming has worked closely with Sean Scully and Liliane Tomasko.

Oscar Humphries has curated exhibitions focusing on art, design, and architecture for museums, galleries, and independently since 2009. He was formerly the publisher and editor of the art magazine Apollo from 2009 to 2013. The founding editor of the Spectator Australia, he has written for publications including the Sunday Times, the Daily Telegraph, the Evening Standard, and the Literary Review. In 2016 he curated Luis Barragán: The Architecture of Color, the first US exhibition to explore the work and influence of the architect since the Museum of Modern Art’s show in 1976. Humphries has worked extensively with Sean Scully on institutional exhibitions and numerous books.

Martin Gayford is a writer and art critic for the Spectator, having held similar posts with the Sunday Telegraph and Bloomberg News. He is the author of Modernists & Mavericks: Bacon, Freud, Hockney and the London Painters; Man with a Blue Scarf: On Sitting for a Portrait by Lucian Freud; A Bigger Message: Conversations with David Hockney; Michelangelo: His Epic Life; The Yellow House: Van Gogh, Gauguin and Nine Turbulent Weeks in Arles; and Constable in Love: Love, Landscape, Money and the Making of a Great Painter. He is also the co-author with David Hockney of A History of Pictures: From Cave to Computer Screen.