Patrick Murphy, Belonging; Elmgreen & Dragset, But I'm on the Guest List Too; Superflex, Liverpool to Let. All photos on this page Christopher Thomond for the Guardian and Jerry Hardman-Jones 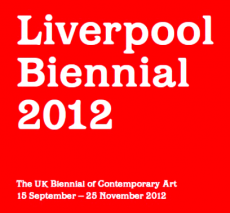 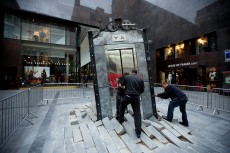 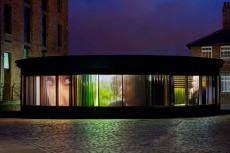 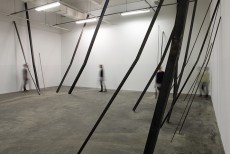 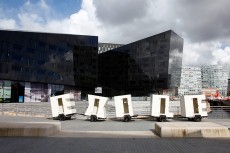 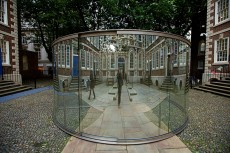 The 7th edition of the Liverpool Biennial opened to the public today, presenting work by 242 artists in 27 locations. The festival takes place in galleries, museums and sites across the city and includes a dynamic programme of talks, events, screenings and family activities.

Liverpool Biennial 2012 explores the theme of hospitality, and invites a wide range of artists and thinkers to bring forth new understandings on the subject for our increasingly globalized and complex times. For the main exhibition, ‘The Unexpected Guest’, sixty leading and emerging artists from around the world have been commissioned to make permanent and temporary public art works, as well as long-term community-based projects.

The ‘John Moores Painting Prize’, the most celebrated contemporary painting prize worldwide, is on show at the Walker Art Gallery.

The Victoria Gallery and Museum, participating in the Biennial for the first time, presents an exhibition by Liverpool-based artist Paul Rooney.

Every weekend of the Biennial has been curated to ensure that each of the ten weeks of the festival has a distinctive and exciting programme that includes film, performance, comedy, music, archaeology, expeditions, poetry, dance, and a Young Peoples’ Biennial.

Click here for the full calendar of Liverpool Biennial events